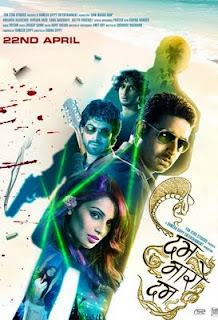 Six years after his sophomore feature, Rohan Sippy brings us Dum Maaro Dum – a movie that has all the right intentions, but fails on a few key points that are too evident to ignore. Its single biggest flaw is the “look”. Sippy has washed the entire movie in a stale yellow palette, giving it the putrefied look of a decades-old film that has not been preserved well. This garish misjudgment becomes a distraction and, worse, deterrent from enjoying the movie for what it should be worth.